A compact mobile robot from the MOBOT® AGV MW family, designed for transporting various loads up to 200 kg. 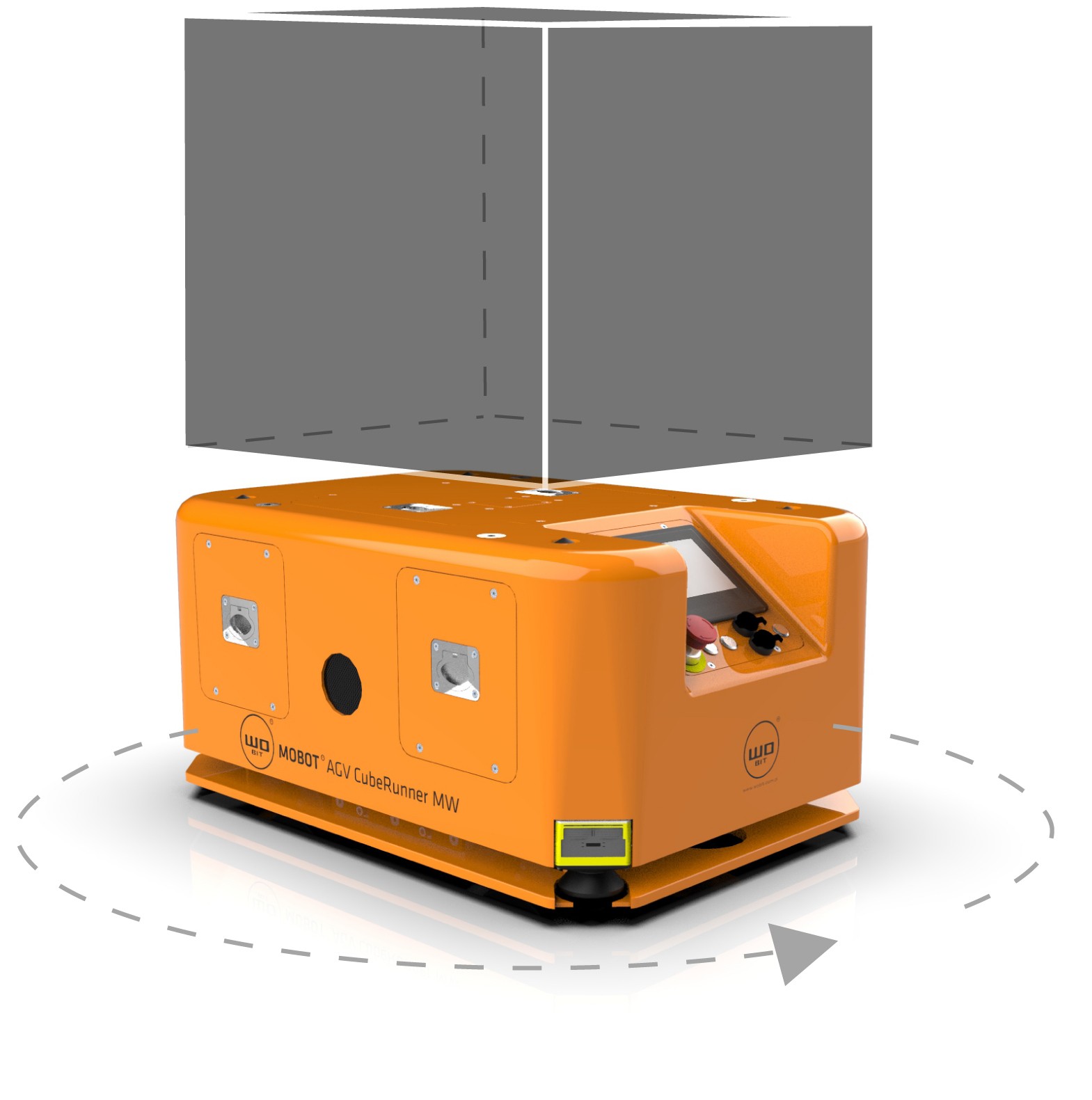 LMS system + line navigation with the help of a vision system

MOBOT® AGV CubeRunner MW is equipped with an advanced security system, including laser scanners with security function. They are responsible for detection of obstacles appearing before the mobile robot.

Thanks to its operation, the mobile robot can react appropriately by slowing down or stopping completely to avoid collision.

MOBOT® AGV MW robots can work in a variety of applications from simple to very complex.
Below are the most popular examples of mobile robot movement organization.

The robot creates a map of the environment in its memory and, by scanning the space while traveling, sees landmarks (e.g. walls), so that it always knows exactly where it is.

Picking up and delivery loads

With their help, it is possible to automatically collect the load, transport it safely and store it in its destination.

In addition to standard solutions, we also offer a trolley tailored to the needs of your factory. 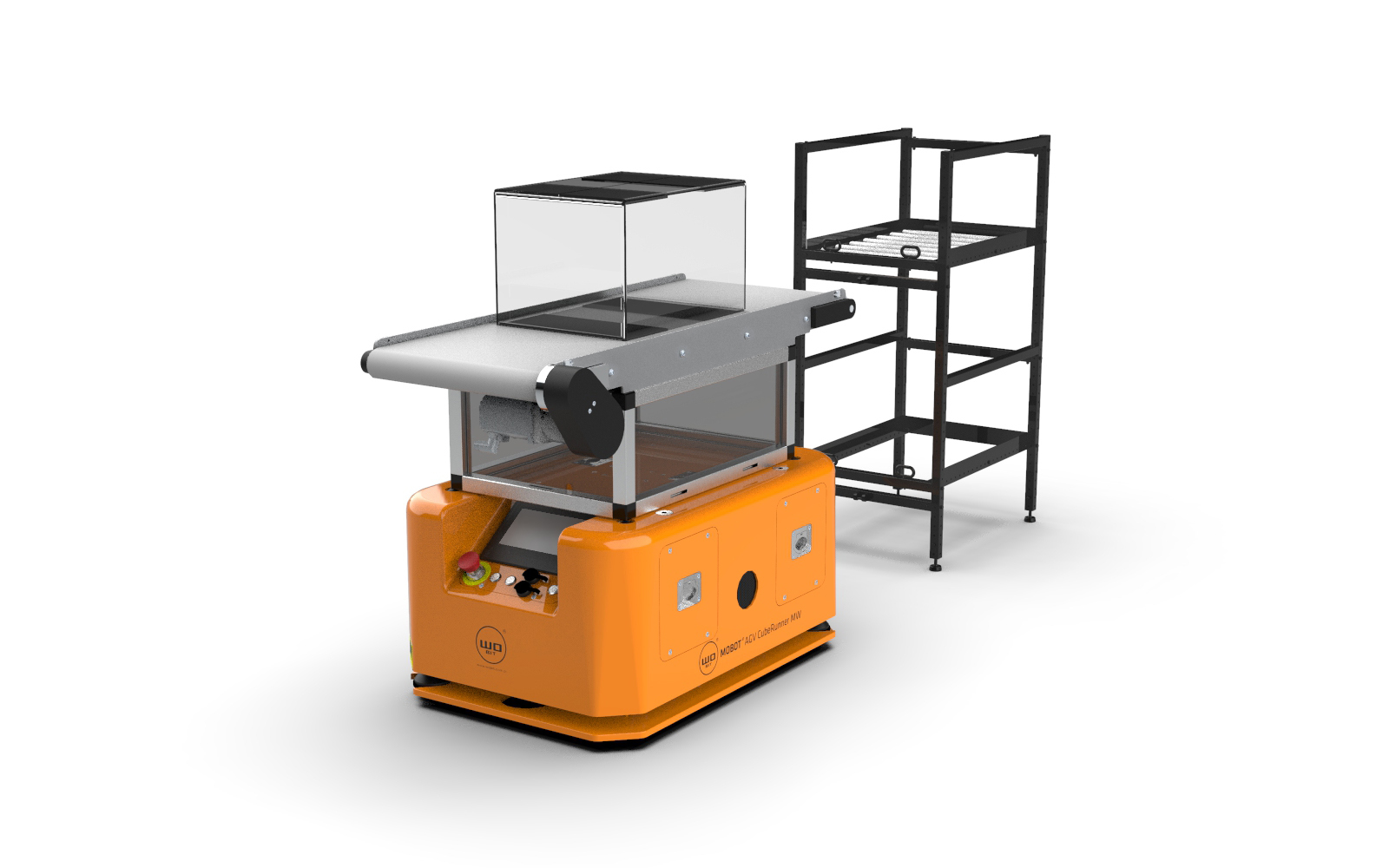 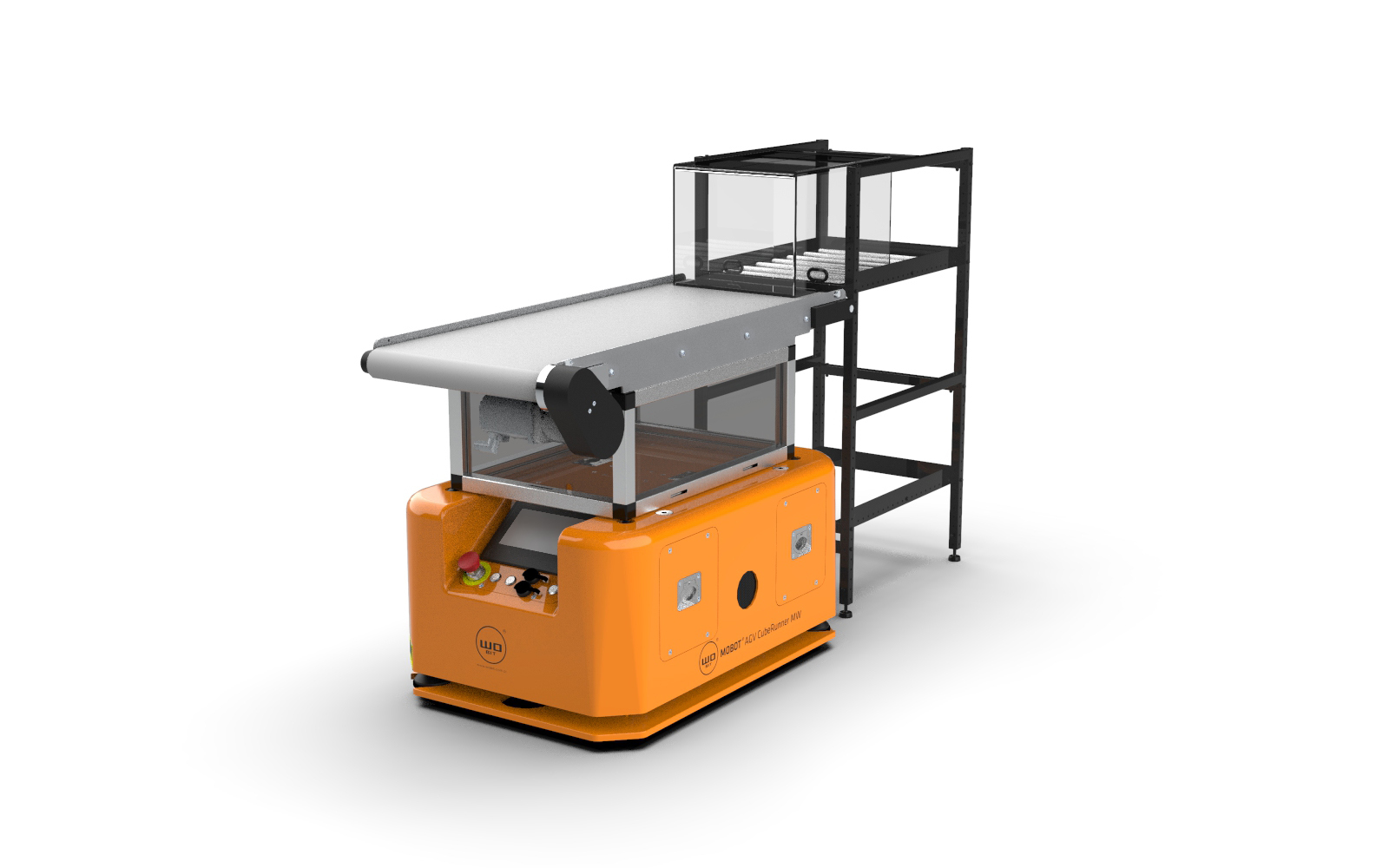 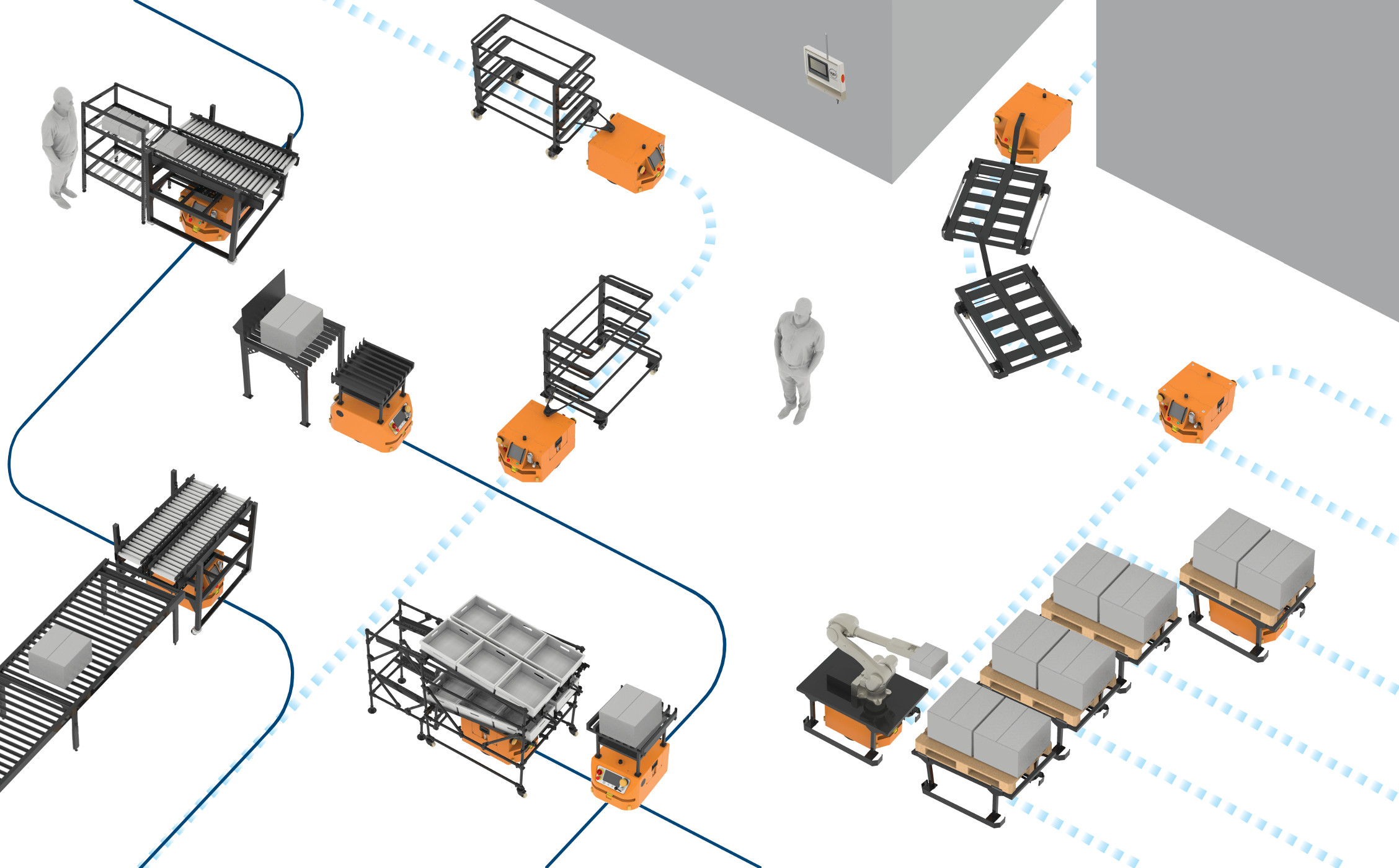