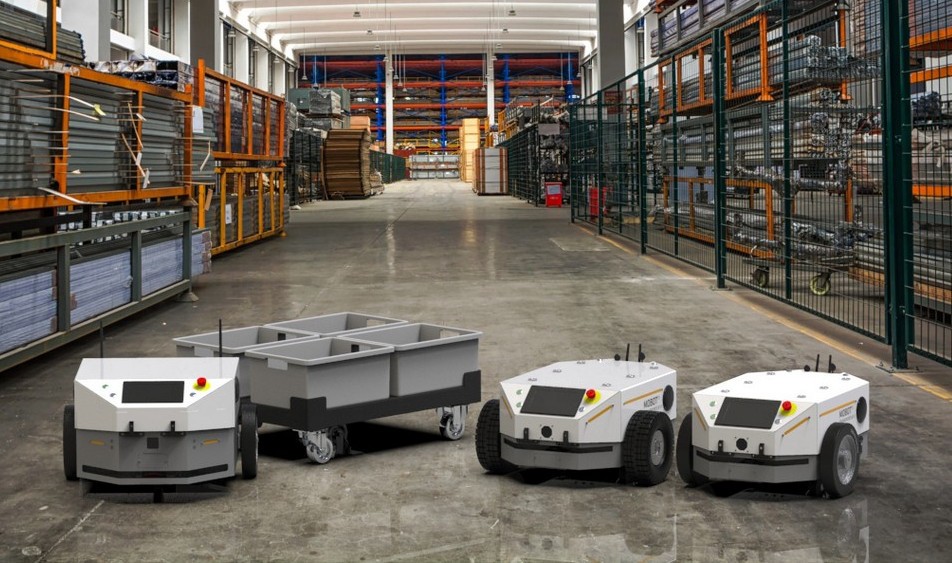 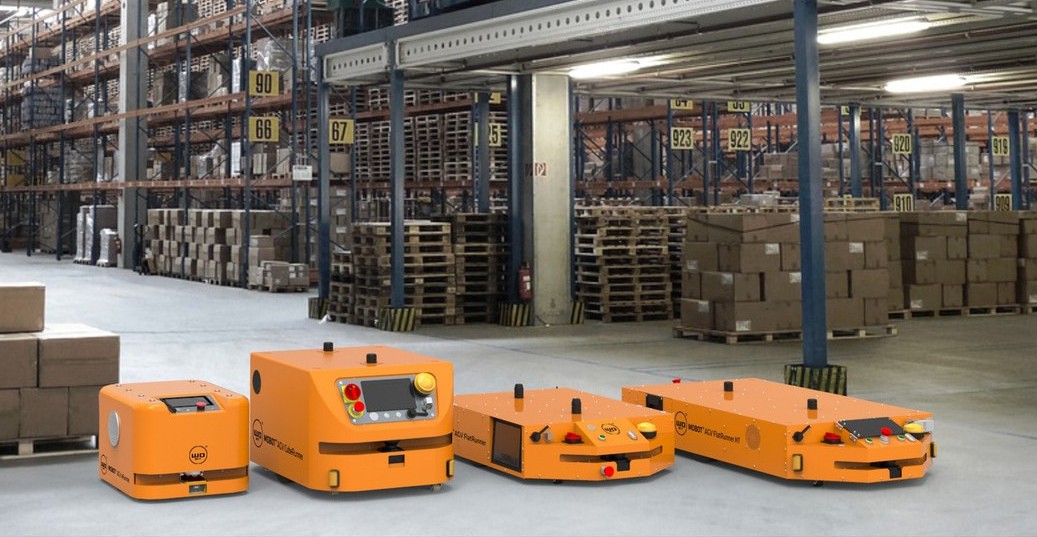 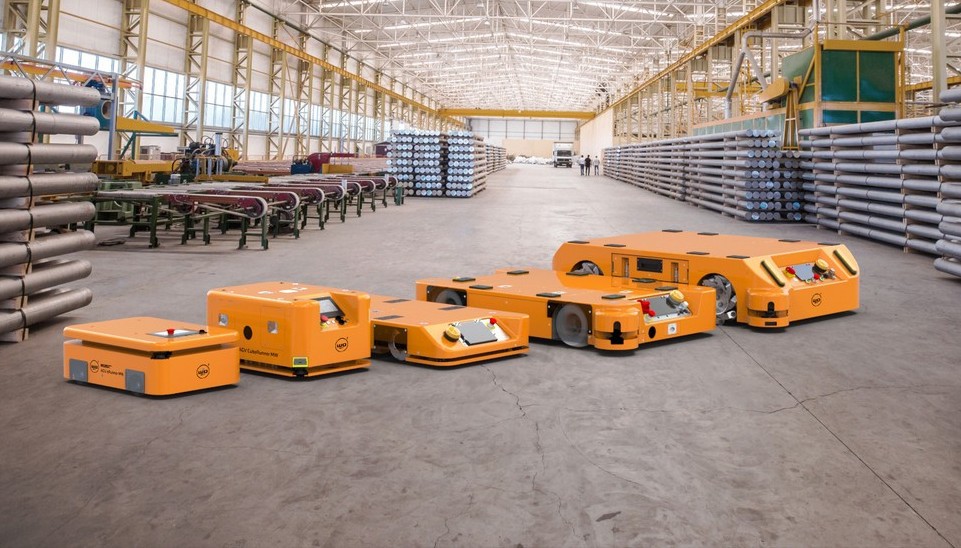 The technology of self-driving vehicles dates back to the 1950s when the first AGV (Automated Guided Vehicle) appeared. Since then, the technology has dynamically developed, and the AGV has developed several types of machines, including AMR, i.e. autonomous mobile robots.

For navigation of AGV vehicles, it is necessary to mark the route (most often using a magnetic or color line), while AMR uses natural navigation. It is based on 2D or 3D sensors, maps the space, and creates a virtual map on which the robot moves. Within natural navigation, there are SLAM, LIDAR, or LMS methods.

MOBOT® mobile robots are mostly machines that use the natural, autonomous LMS navigation for orientation in space. As a result, they do not require external navigation infrastructure, and they move along the designated route without collisions.

MOBOT® robots are easy to implement into existing processes without the need to introduce significant and costly changes to the factory space. The robot system is also scalable, which means that it can be easily expanded with other devices.

The most frequently performed tasks include the automatic transport of semi-finished products at various stages of production, from initial processing, through assembly, testing, to the receipt of the finished product.

The flexibility and efficiency of changing the direction of travel without the need to turn around a curve create the potential that gives the autonomous mobile robots MOBOT® AGV MW exceptional agility. They are perfect for processes with short cycle time, where reducing the number of maneuvers needed to change direction allows the task to be completed in a shorter time.

This flexibility is also easy to alter the same to the transport robot completely different products. The self-driving MOBOT® robots are characterized by a compact and universal design, thanks to which you can easily give them the appropriate functionality. They can transport pallets with goods, litter boxes filled with small details, as well as finished products of various sizes. Cargo can be carried over the robot, moved by a roller conveyor, or a pallet truck or a gravity truck automatically docked by the robot.

The WObit offer includes several standard modules for the upper modules and transport carts for each of the mobile transport devices. It is also possible to make a cart adapted to the customer's load. These trolleys can be attached automatically, loaded manually, or automatically using another industrial robot. The mobile robot can also be equipped with a robotic arm.

MOBOT® TRANSPORTER robots offer easy configuration to the user's needs. Prepared for quick, self-installation, the universal AMR can be quickly and conveniently configured via the website.Robot programming has been simplified into a simple tutorial, with which you will configure the parameters of your robot step by step

The use of MOBOT® mobile robots for transport automation increases productivity and allows you to reduce costs. This benefit is due to better control of the flow of goods, safer and more careful transportation, as well as saving the time of employees who can take care of more interesting tasks requiring higher qualifications. Mobile robots also improve the ergonomics of human work. As a result, we obtain more efficient use of resources and space.