Bet on a robust assistant and optimize your in-house transport.

Make an appointment in your company

Its task is to autonomous transport of goods between designated points.

Ideally suited to for carrying heavy loads such as pallets, large packages or undersized details. 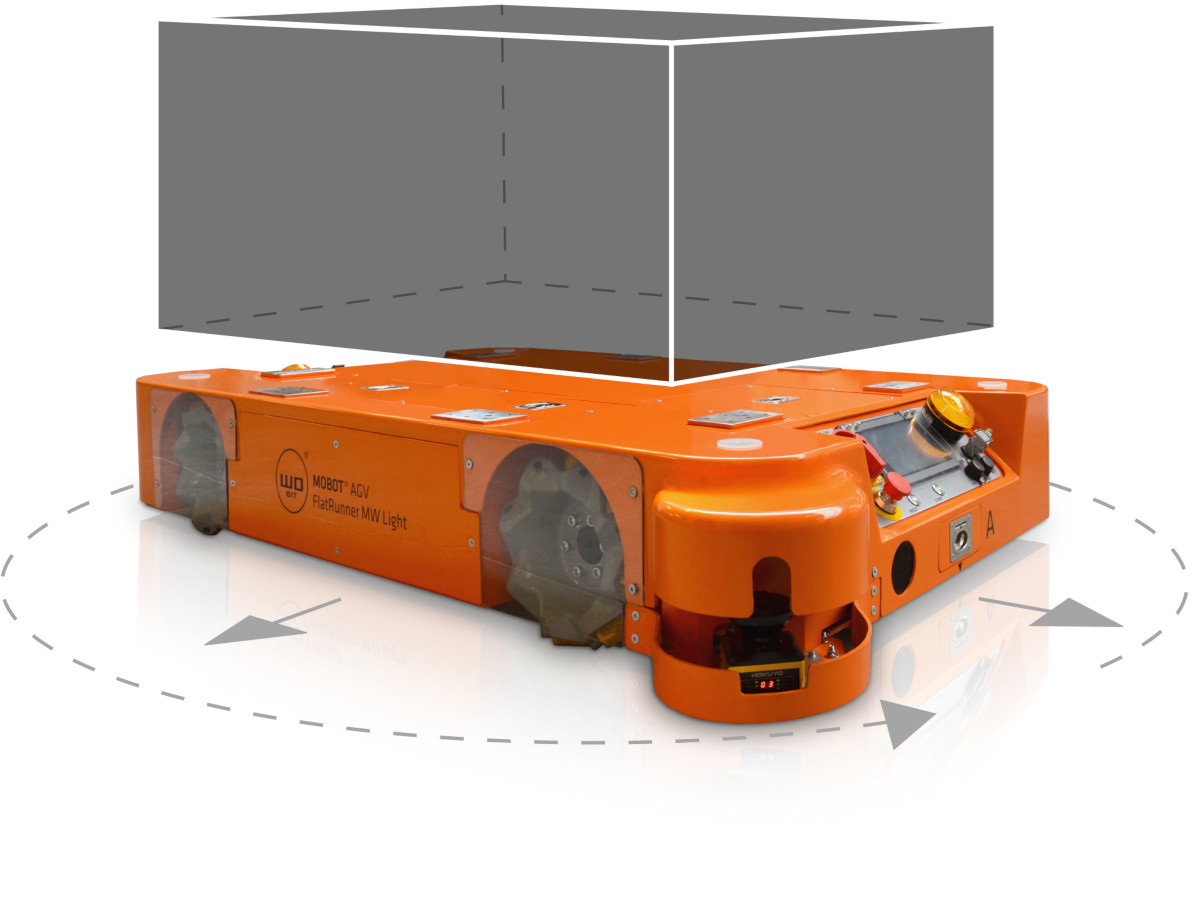 working time up to 8 hours on a single charge

Choose a product that has won industry recognition

You do not have time to compromise - focus on unlimited mobility.

Unlimited mobility and flexibility of implementing this solution significantly increases the possibilities of using an AGV robot.

Organization of transport of loads

MOBOT® AGV works in a wide range of applications, from simple to very complex.

Below are the most popular examples of the organization of mobile robot traffic.

MOBOT® AGV FlatRunner MW Light is equipped with a laser scanner with a safety function. He is responsible for detection of obstacles appearing before the AGV vehicle.

Thanks to its action, the mobile robot can react appropriately by releasing or stopping completely to avoid collisions.

Make an appointment in your company

Downloading and putting down the load

We offer several models of standard trolleys and adapters for the robot.

With their help, it is possible to automatically take the load, transport it safely and leave it in its place.

In addition to the standard solutions, we also offer the execution of a truck tailored to the needs of your factory. 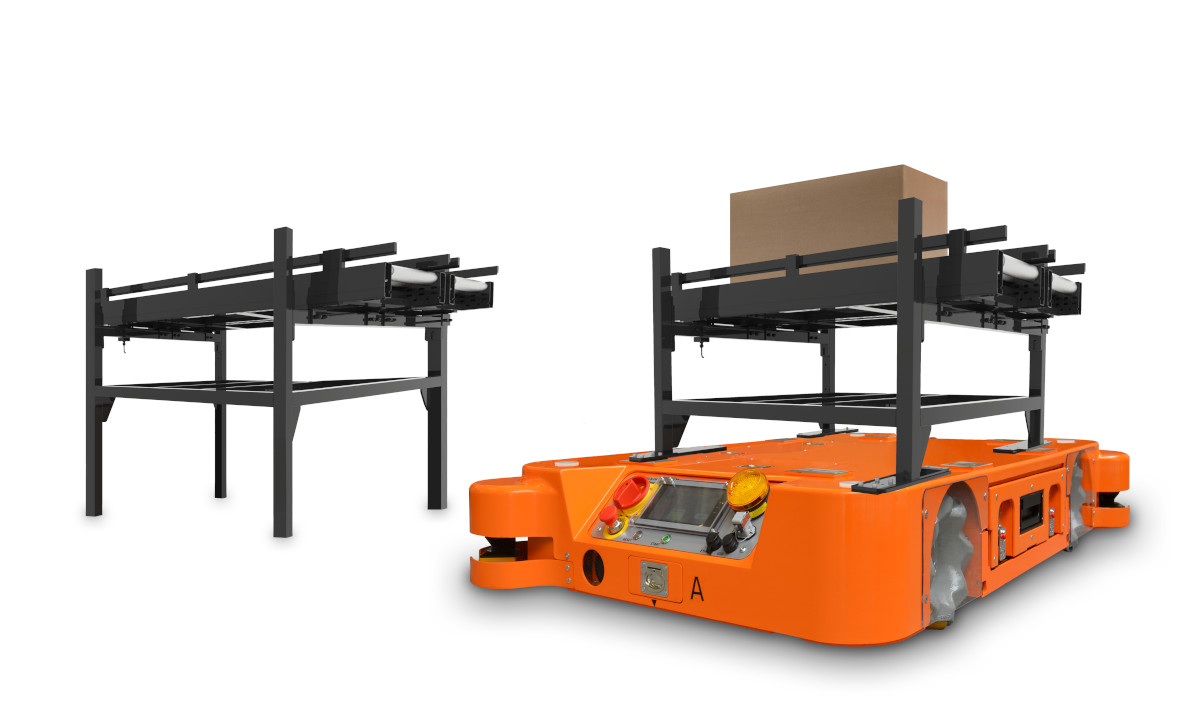 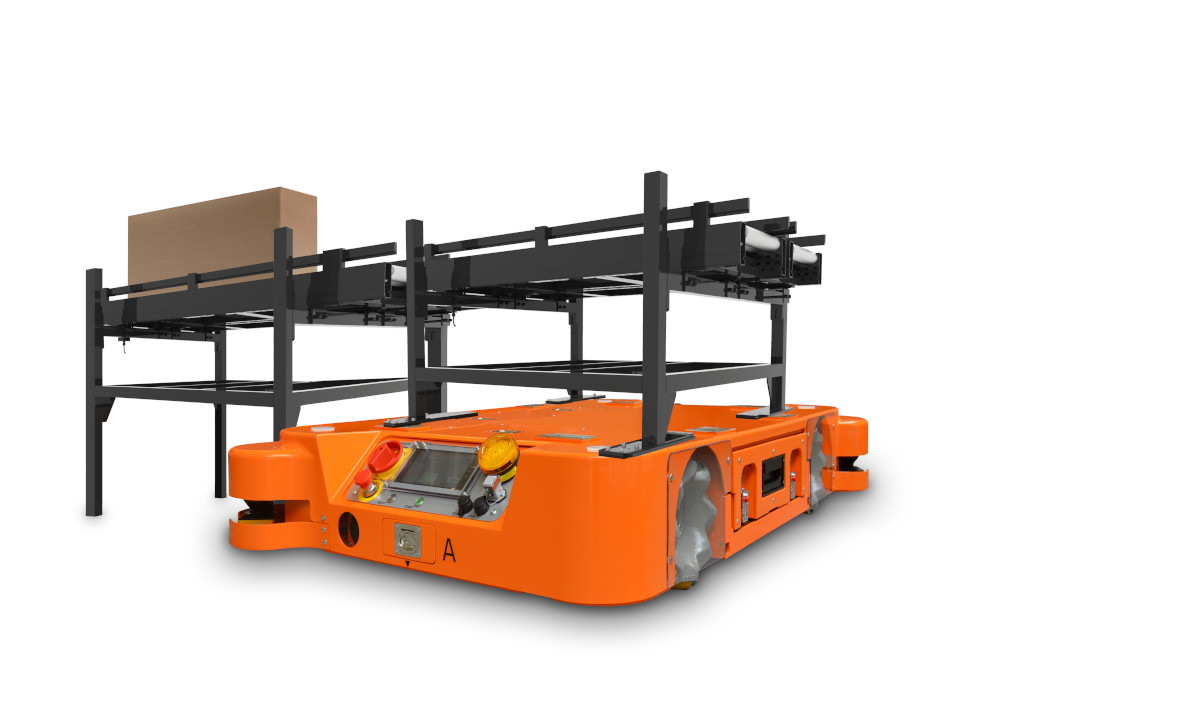 For the FlatRunner MW Light navigation, all three methods can be used: A laser mapping system (LMS), color line or magnetic tape.

In the case of LMS navigation, the robot is oriented in space similarly to man.

The robot creates an environment map in his memory and scans the space while driving, he sees characteristic points (eg walls), thanks to which he always knows exactly where he is.

The robot's work is managed from the level of the control terminal placed at the base point.

The intuitive software MOBOT® RoutePlanner serves the detailed configuration of the robot's parameters. 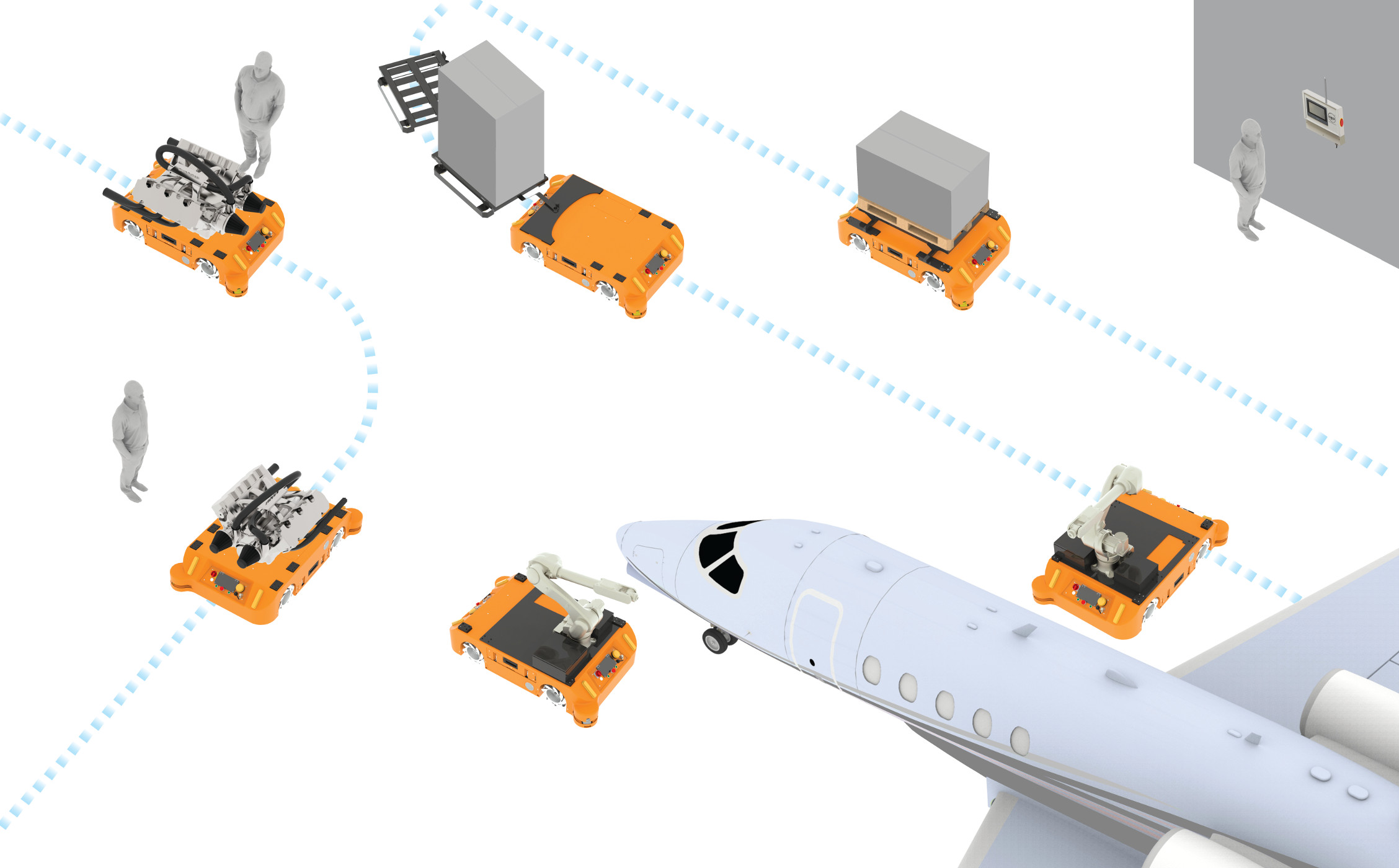