The WObit offer includes the new MOBOT® AGV CubeRunner MW. The new autonomous mobile robot with directional wheels is used to automate the internal transport of various loads up to 200 kg. 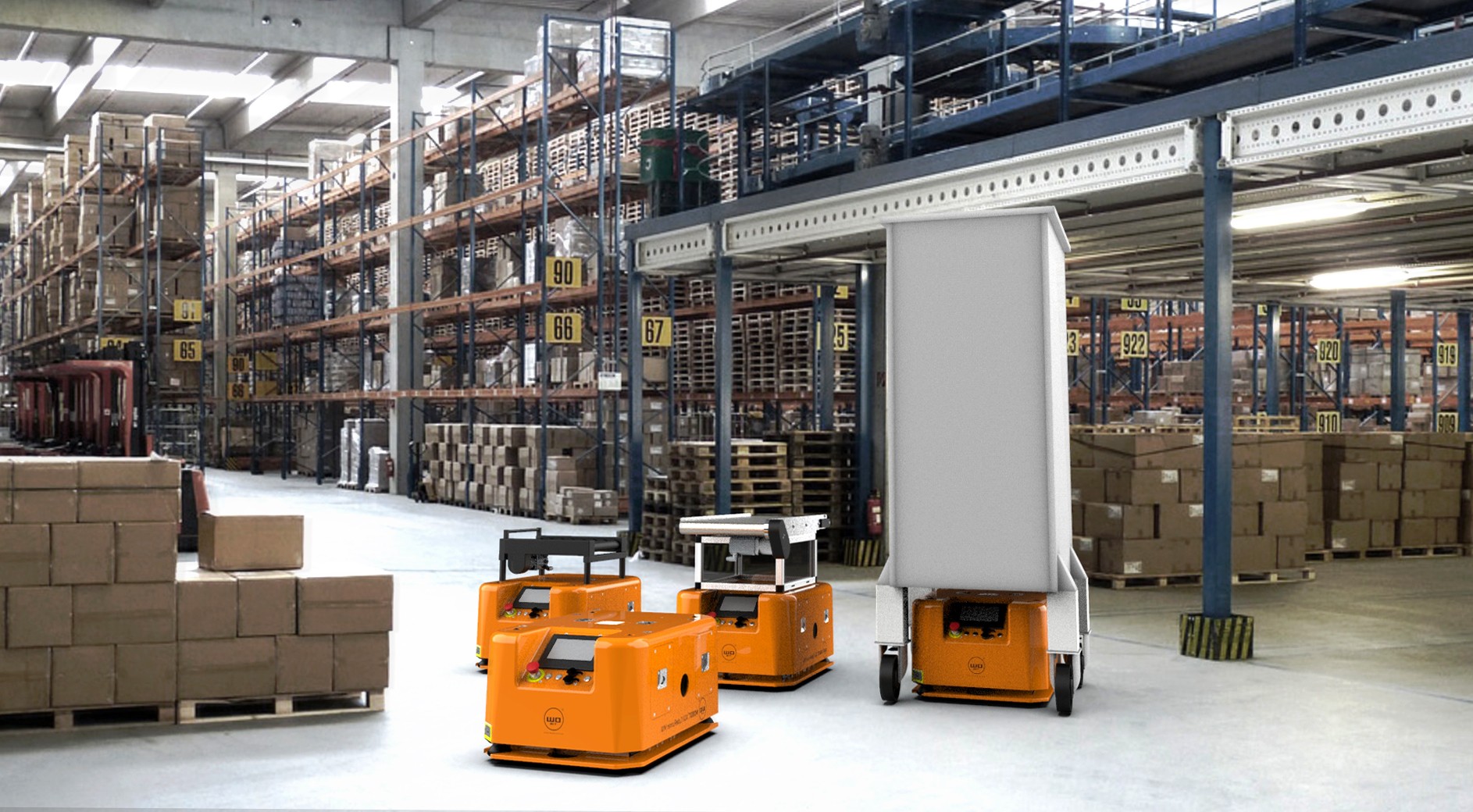 MOBOT® AGV CubeRunner MW independently moves in the environment using the LMS navigation system (laser mapping system). With its help, the robot creates a map of the environment in its memory and by scanning the space while driving, sees naturally occurring objects, such as walls, so that it always knows exactly where it is. Importantly, this method of navigation does not require interference with the factory or warehouse space, and its implementation and reconfiguration are very fast. It also allows you to avoid obstacles that AGVs encounter on their way.

MOBOT® AGV CubeRunner MW is equipped with an advanced security system, including laser scanners with security function. They are responsible for detecting obstacles appearing in front of the mobile robot. Thanks to this, cooperates safely with people by transporting various loads.

The new autonomous mobile robot is powered by efficient lithium-ion batteries that allow uninterrupted operation up to 8 hours.

MOBOT® AGV CubeRunner MW is equipped with a four-wheel omnidirectional drive that allows you to drive in every direction and rotate 360° in place. Mecanum wheels ensure freedom of maneuver, flexibility and shorten the time needed to complete tasks - MOBOT® does not have to perform any additional maneuvers like turning back. Therefore, robots with this drive are suitable for processes with short cycle times, as well as for work in places with limited space (narrower corridors).

The robot is an optimal tool for handling inter-operational transport in just-in-time processes in production and in warehouses. It meets these requirements well due to the great ease of adaptation to the transport of various loads by replacing modules / adapters, e.g. with automatic rollers, for transporting packages or a robotic manipulator. Ideally suited to the transport of goods in industry, warehouse logistics, as well as in laboratories or hospitals. MOBOT® can be retrofitted with a load lifting system for automatic picking and delivery of details.

MOBOT® AGV CubeRunner MW , like other mobile robots MOBOT® is a solution that is flexible, easily adaptable to different types of loads and changing routes. They also do not require costly changes in the spaces in which they are to operate, and its implementation is quick and easy. The robot system is also scalable, which means that it can be easily extended with additional devices.

Application of MOBOT® mobile robots for transport automation increases productivity and allows you to reduce costs (better controlled flow of goods, safe and careful transport), saving employees time, which allows you to transfer them to more interesting, more demanding higher qualifications, as well as improving the ergonomics of people's work - in a word, better use of resources and space.

A new SDC107 controller is available in the WObit offer. It is designed to control DC motors with power up to about 150 W.

END_OF_DOCUMENT_TOKEN_TO_BE_REPLACED 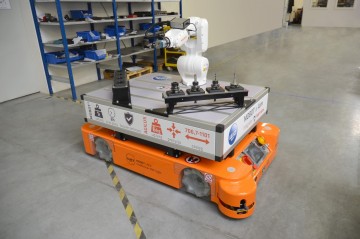 We present the characteristics of MOBOT® xArm, its applications and the most important benefits. Check the details.