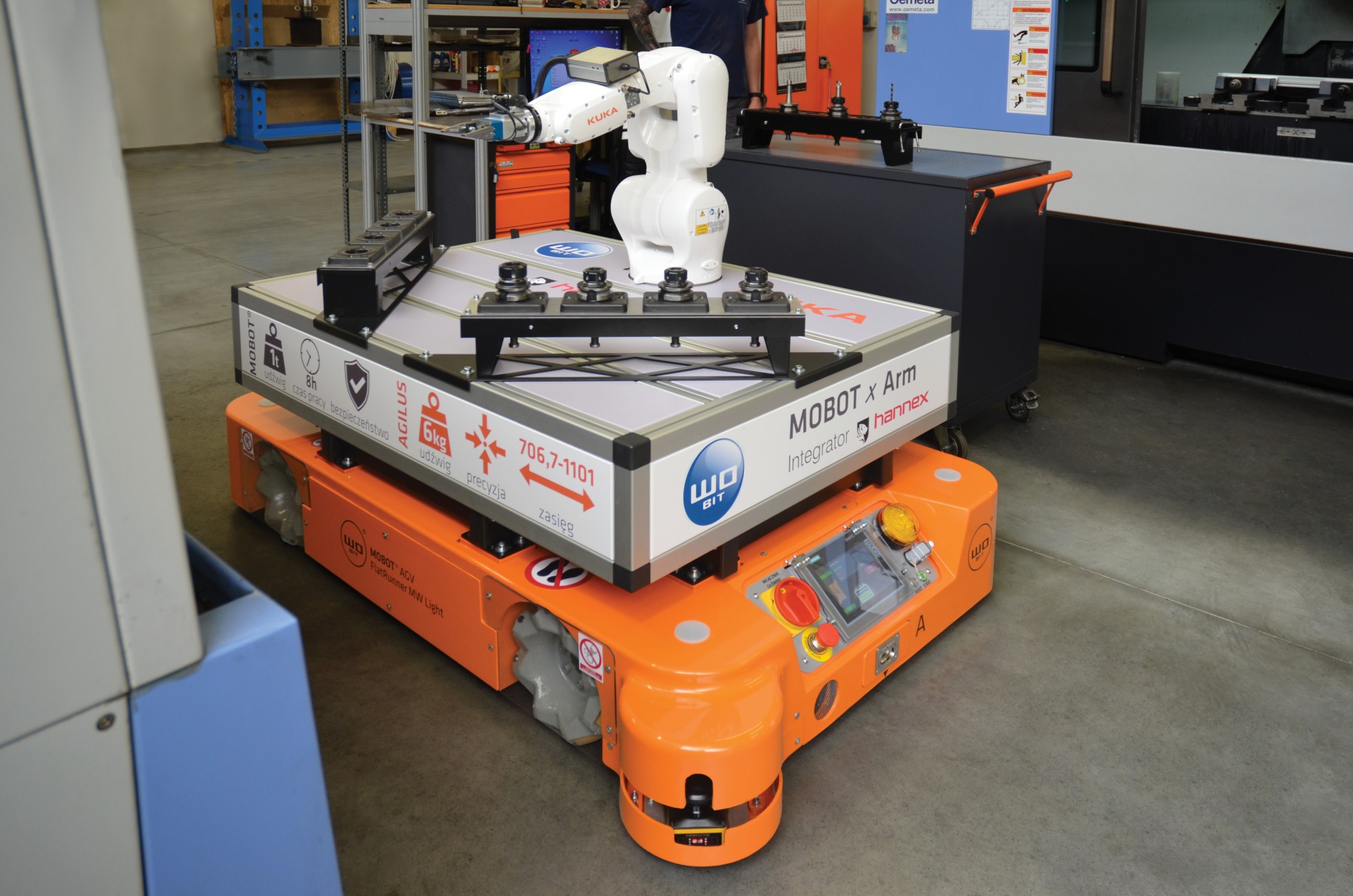 The term "intralogistics" was defined in 2004 by the Association of German Mechanical and Plant Engineering (VDMA) as a process within a company for organizing the flow of materials and information within it.

The main expectation of customers is to ensure the delivery of materials, components or finished products on time in the right place and in the specified quantity. It is not made easier by individual orders tailored to individual needs, as well as a large number of orders and returns. Therefore, organizations introduce quality management systems that allow to demonstrate the ability to constantly deliver products that meet customer requirements and comply with the currently applicable legal requirements. This causes a change in the approach of production companies to logistics processes and intralogistics development, and a more common use of the Lean Manufacturing concept, the Kanban system, and the methods: just in time, just in sequence. The last of the above-mentioned methods is possible only in the case of perfect transport planning.

A variety of intralogistics is warehouse logistics, which includes in-house transport ensuring continuity of production processes. Modern warehouse logistics focuses on solutions based on industrial trucks without an operator - such as the MOBOT® mobile robots by WObit.

Progress in the development of internal transport is possible thanks to the support of warehouse and production areas by forklift trucks without an operator. The expansion of the system with traffic lights, RFID heads, ultrasonic sensors, cameras or 3D scanners allows the interaction of mobile robots with forklifts and other traveling machines, which translates into effective operation of all elements of the internal transport system and ensuring an appropriate level of operator safety.

In areas where logistic paths are too narrow to introduce two-way traffic or where visibility at intersections is limited, traffic lights can be used for mobile robots and forklifts. WObit MOBOTs work with control terminals that allow you to connect them with traffic light systems. If information about the current position of the forklift truck is required, it is possible to additionally equip the machine with RFID pellets and to properly arrange the RFID heads in the work area of ​​the forklifts.

The described solutions allow for collision-free operation of machines and the safety of operators as well as ensuring the optimization of the material flow process.

EXTENDING THE CAPABILITIES OF SIX-AXIS ROBOTS

An example of the effective use of machines and production / warehouse space is the use of six-axis robots or collaborative robots integrated with trucks. Relocation of a stationary robot requires appropriate time, financial and human resources, which is why it is often multiplied, which results in their ineffective use. In addition, these works require large areas due to the need to build a security fence. The fencing in the applications connecting the truck with robots is replaced by the safety system of the truck and the robot, thus reducing the cost of the fencing. Safety laser scanners create a virtual fence, and human entry into the scanner area causes the robot to stop immediately. The system is also active while driving and prevents the robot from making any movements, which is required by the current standards, including PN-EN ISO 3691-4.

A great example to illustrate the above functionality is MOBOT® xArm, i.e. MOBOT® with an integrated robotic arm that can move between work stations, and its arm equipped with an appropriate gripper allows any work.

MOBOT® xArm is perfect for warehouses. A robotic arm with a vision system is able to perform packaging and order picking operations. Replacing humans with an autonomous system enables a high density of product storage. In areas where there are people, the distances between the racks and pallet places must be in accordance with the health and safety requirements. Autonomous MOBOT® mobile robots equipped with omnidirectional wheels can move along narrow paths, which allows for optimal use of storage space and picking goods from racks using a robotic arm directly to a collective packaging placed on a mobile platform. Repetitive operation of the system allows for the identification and elimination of bottlenecks in processes, increase in their efficiency and continuous supervision.

Increasing the efficiency can be achieved by using a lorry with the function of pulling transport trolleys (trailers) and creating a logistic train. The application can be used in plants where it is necessary to transport a large number of different loads to one place in a short time.

The use of logistic trains reduces the costs of implementing the application. The construction and production of trailers is much cheaper than lorry trucks. The use of such trains instead of forklifts increases the level of safety in production halls. The mobile robots are lower than the forklift trucks, so they do not restrict the visibility of workers in the work area and around the train. Additionally, forklift operators may not notice a pedestrian during their work, hence the risk of a collision is higher then.

Logistic trains, unlike conveyors, allow for a flexible change of route and points from which goods are picked up and delivered. The need to adapt production areas is a frequent phenomenon, among others. in the automotive or FMCG industry. Reorganization of warehouse and production areas does not require high financial outlays, as in the case of stationary feeders - it is enough to change the route of the mobile robot with trailers in its control program.

The increase in interest in intralogistics applications described above, observed by WObit, is confirmed by the material published by VDMA. The presented data states that, according to estimates, the production volume of intralogistics solution providers in 2021 increased to EUR 22.6 billion, which is an increase of 6 percent compared to 2020. Moreover, this year is expected to increase production by 8 percent. These data motivate manufacturers of intralogistics solutions to further develop and improve the provided technologies. 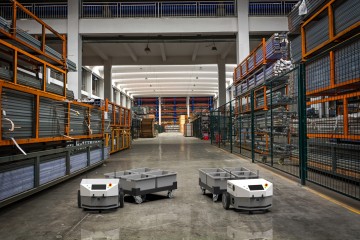 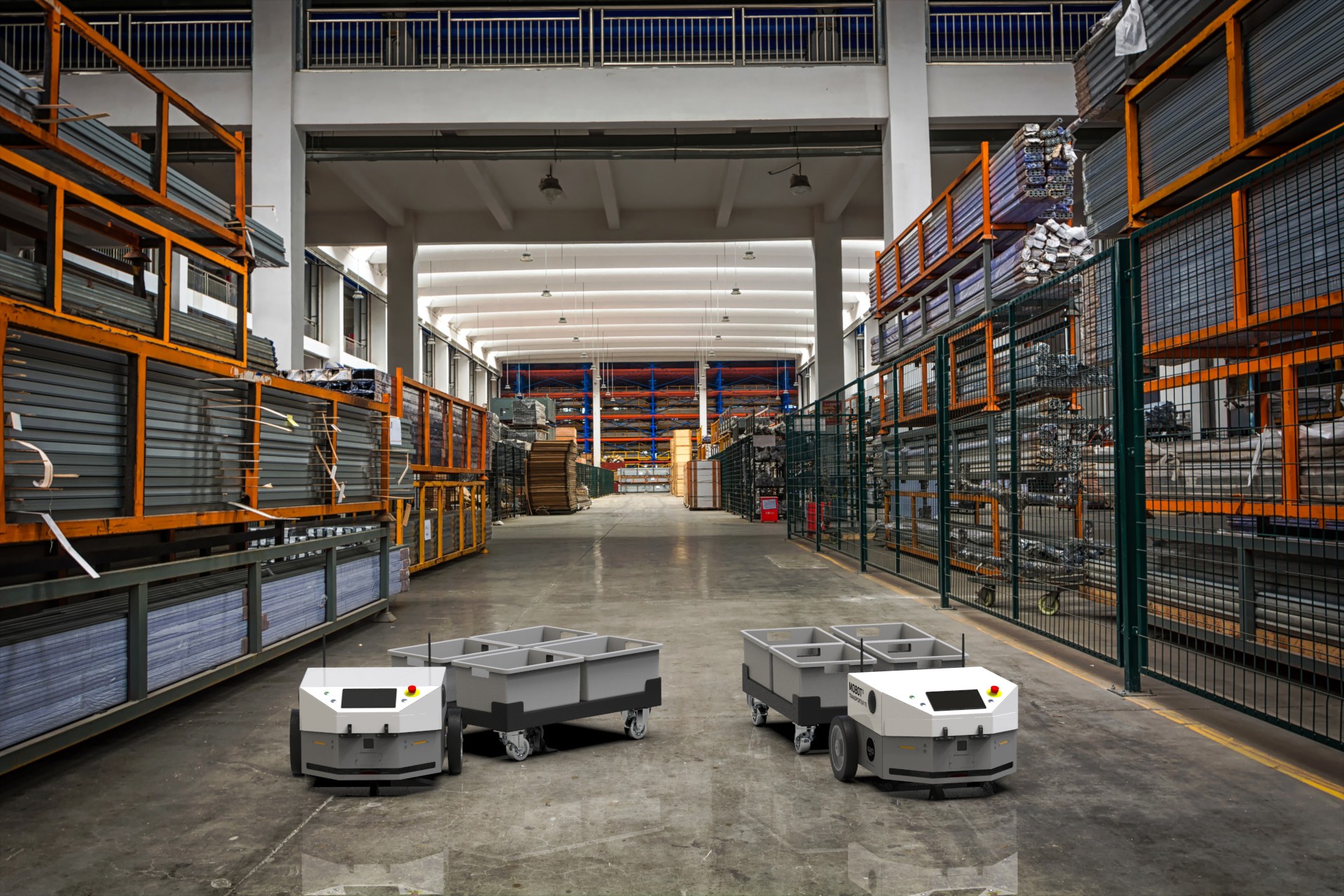 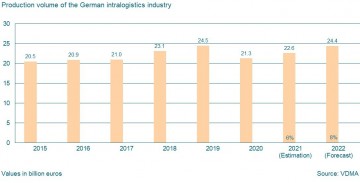 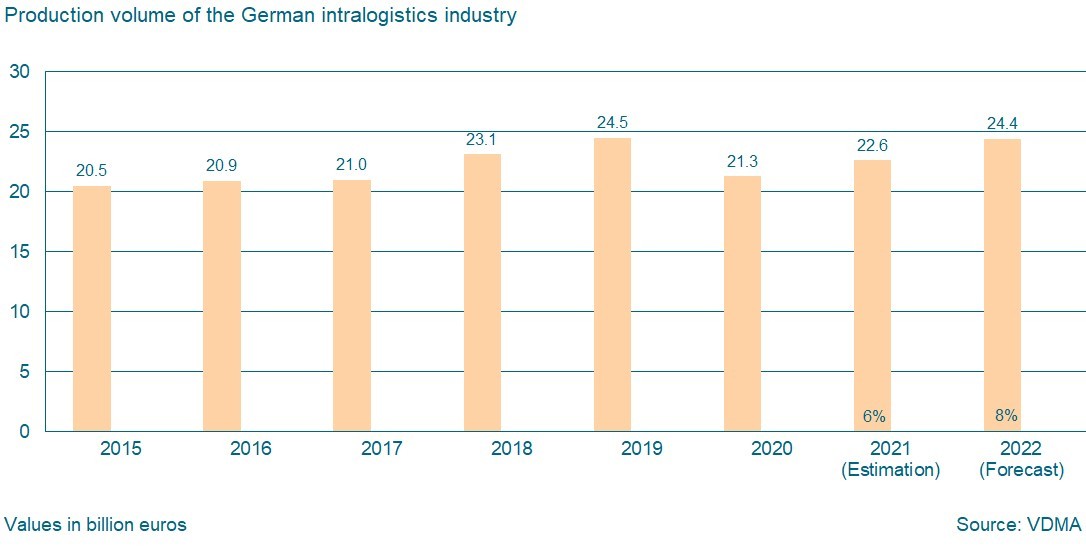 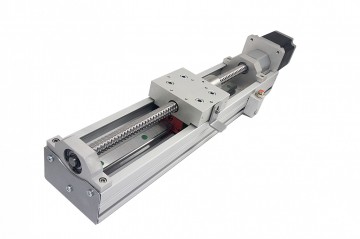 Systems for the implementation of linear displacements and precise positioning

Read what characterizes MLA linear modules, which are a complete solution for the implementation of precise linear displacements.

END_OF_DOCUMENT_TOKEN_TO_BE_REPLACED 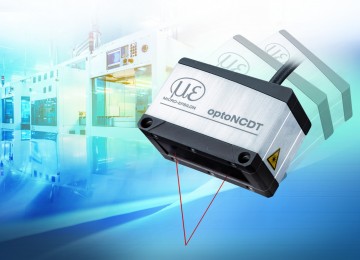 optoNCDT 1900: laser sensor for maximum precision in a compact design

The complex and advanced tasks of measuring displacement distance and position are ideal applications for the new optoNCDT 1900 laser sensor. Find out what it is characterized by.